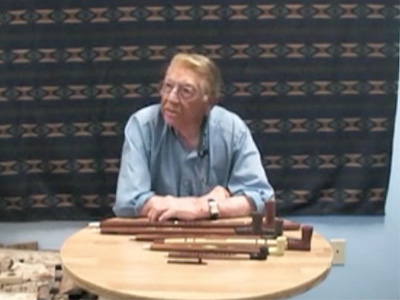 Hillman Tobey, ninety-three years old, shares times about his youth, memories while living at the Pyramid Lake Indian Reservation, the boarding school he attended, and his long life as a carpenter. He describes the school he attended which was very strict, and how his brother got him interested in his skill of pipe making. Hillman crafts, and shows off some of his most exotic and beautiful pipes that he has sold all around the world. He tells about the, “Red Willow,” which is used as tobacco for prayer in the pipes.