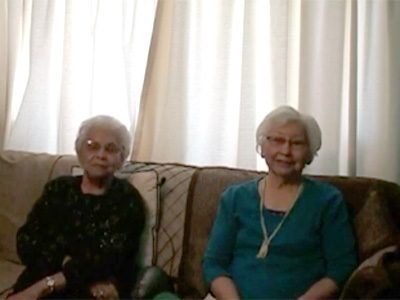 The Fisks talk about their early days in Battle Mountain, NV.

Edith and Adele Fisk are Western Shoshone from Battle Mountain, NV and are currently residing in Elko, NV. Edith and Adele speak about the history of Battle Mountain while they were growing up. They speak about their families and what it was like growing up in a segregated town. For instance, they spoke about how trivial it was speaking a different language at home versus at school. Although, they do speak about how their teacher watched over them like a parent. They also recall their parents’ and grandparents’ stories which referred to contact between the Western Shoshone, emigrants, and U.S. Calvary soldiers as well as the traditional Shoshone tales. They also speak about their genealogy as well as how contact has contributed to the degradation of the Western Shoshonean culture and how doing oral histories and recording stories will help younger generations keep up the Shoshonean culture. (GBC VHC Description, 08/03/2017)